The recent string of deadly terror attacks in Paris has shaken every French citizen—Jew and non-Jew alike. A somber funeral for the four Jewish victims took place in Jerusalem on January 13, 2015. Prime Minister Benjamin Netanyahu and President Reuven Rivlin both spoke. Segolene Royal, French Minister for Ecology, Sustainable Development and Energy, presented each of the four victims posthumously with the Legion of Honor medal, France’s highest civilian honor.

There has been an outpouring of support from the North American Jewish community. Jewish Federations across the continent have held vigils and memorial services and provided philanthropic support to help victims’ families and enhance security at the nearly 500 Jewish sites across France, from schools to supermarkets. Of particular concern is the safety of the more than 32,000 children attending Jewish day schools.

The Jewish Agency for Israel and the Government of Israel have been in constant contact with the leadership of the French Jewish community to assess security needs. The Jewish Federations of North America (JFNA) is coordinating closely with all these parties in order to ascertain how assistance from our Federations can best be applied.

There are two primary ways that you can support the Jewish community in France: 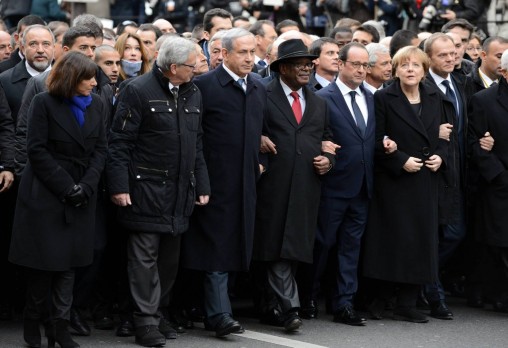