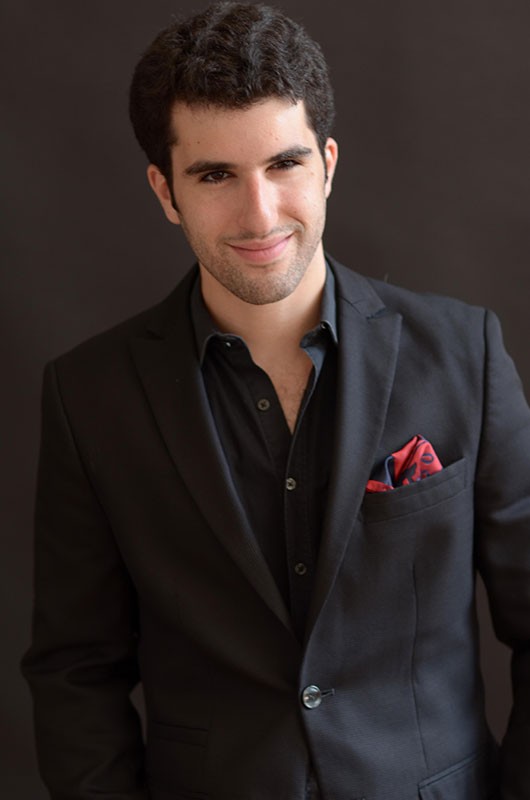 Join us for an evening of fun to kick off the 2020 Tzedakah Campaign, with special guest Jason Suran, a New York-based performer whose psychological illusions have been featured on TV networks and venues ranging from Carnegie Hall to the United States Pentagon.

The first ten people to register for the event will have the option to have Jason read their minds during the performance.

Register Now >
This event is free and open to the community. Attending the kickoff event implies a commitment to contribute to the 2020 Tzedakah Campaign. After registering, you will receive a confirmation email containing information about joining the event.

Let's celebrate our accomplishments as a community and enjoy spending some time together with great entertainment and making our 2020 Tzedakah Campaign pledges.

So much has changed for us all in these last few months, but some things have not. When COVID-19 forced us to close our offices at the Jewish Federation of Madison in March and work remotely, we knew one thing above all else: that amid all this uncertainty, our mission remained the same as always – to be here for and serve the Jewish community. Together with your support, that is what we have done. You enabled Midrasha Hebrew High School to seamlessly continue its full program of Jewish and Hebrew studies for teens, and to graduate nine students in a moving and engaging graduation ceremony this spring - all virtually. You provided campers at Camp Shalom with a safe ruach filled summer. You made it realizable for Gan HaYeled Preschool to re-open in fall with a special kindergarten. You eased hardships due to COVID-19 for all our local beneficiaries (Chabad at UW, Jewish Burial Association of Madison, Jewish Social Services, UW Hillel, Wisconsin Jewish Conference), Madison congregations (Beth Israel Center, Chabad of Madison, Congregation Shaarei Shamayim, Temple Beth El), and a local organization working to improve food access and alleviate hunger (Food for Though Initiative) with special one-time grants.

Despite all of the new challenges and precautions required, our programs adapted and flourished. You made these accomplishments and so much more possible. Thank you for ensuring our community thrives now and in the years to come.

About Jason Suran
Jason Suran, a New York-based mentalist/magician, is one of the most sought-after performers of mindreading magic in America. His unique blend of psychology and deception has led him around the world, from private shows in the hills of Italy to an upcoming stage show in the Caribbean. In addition to his work abroad, Jason is a regular fixture at some of the most exclusive venues in New York. He has performed close-up magic at Carnegie Hall, read minds on the New York Stock Exchange floor, and has captivated celebrities in living rooms and private clubs across the city, including The Soho House and The National Arts Club. He takes no responsibility for any bent spoons found at any of these locations.

Originally from Chicago, Jason first moved east to attend New York University, where he studied Theatre and Film History. His love of storytelling steered him towards magic and, more specifically, the history and methods of modern psychics. The first mindreading effect he learned was how to guess which hand someone hides a coin in 10 times in a row and he never did a rope trick again. After years of refining his craft on multiple stages and in 3 different languages, Jason has emerged as one of the most in-demand performers of psychological magic to date. He is a regular performer at New York's two top-rated magic shows - A Taste of Magic and Monday Night Magic.

Contribute to the 2020 Tzedakah Campaign and help make this year a sweet year for everyone in our community.