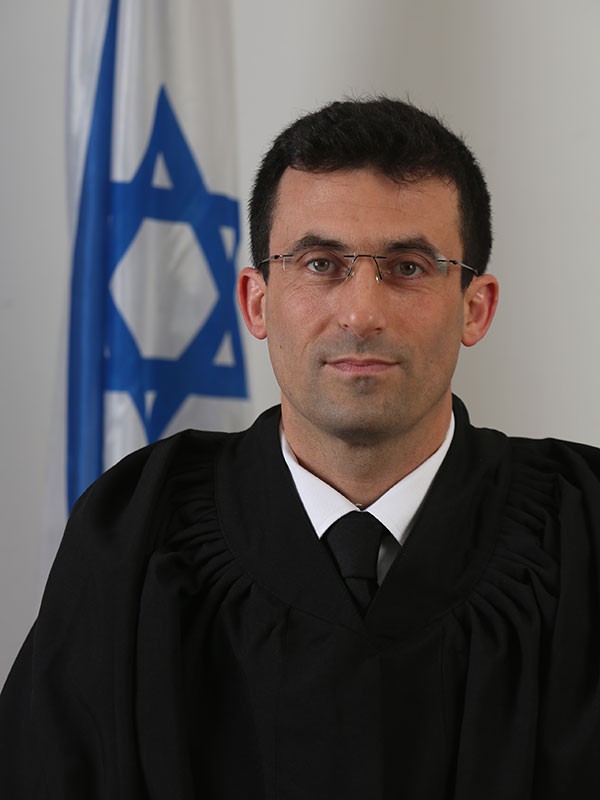 Join us virtually to celebrate the highlights and successes of the past year, honor our award recipients, and elect the incoming board of directors and officers at the Jewish Federation of Madison's 81st Annual Meeting.

Featuring keynote speaker Judge Daniel Kayros, Judge of the Nazareth Magistrate's Court in Israel, on the topic of "Reflections of a Madison kid on life in Israel 30 years after making Aliyah." Judge Kayros will share his personal story and then open it up to people's questions about life in Israel these days.

Congratulations to our 2021 Award Recipients!

We hope you will join us at the Annual Meeting on November 30 to present these three amazing women in our community with well-deserved awards. Mazel Tov Sarah Minkoff, Nan Youngerman, and Rabbi Renée Bauer!
Read More about this year's award recipients.

To Attend
Register Now for Zoom link >
After registering, you will receive a confirmation email containing information about joining the meeting.

About Judge Daniel Kayros
Born in 1971 in the United States.
Immigrated to Israel in 1991.
From 1992 to 1995, he served in the IDF, as a soldier and team commander in the Nahal Brigade Patrol; In reserve Served as an infantry commander in the Northern Command.
In 2000, he graduated with a bachelor's degree in law from the Hebrew University of Jerusalem.
In 2011 he graduated with honors with a master's degree in law from the Hebrew University of Jerusalem, specialization and thesis in commercial law.
From 2000 to 2001, he interned with the Honorable Justice Musia Arad and the Honorable Justice Miriam Naor at home Jerusalem District Court.
In May 2001 he was certified as a lawyer.
From 2001 to 2002, 2003 to 2005, and 2011 to 2013 he worked as a legal assistant to the Honorable Judge Miriam Naor in the Supreme Court.
From 2002 to 2003 and 2009 to 2011 he worked as an attorney at a law firm.
From 2005 to 2009 he served as Director of the Economic Litigation Department in the Movement for Quality of Government In Israel.
In December 2013, he was appointed a justice of the peace in the Northern District.