Jewish Federation of Madison and Temple Beth El via Zoom 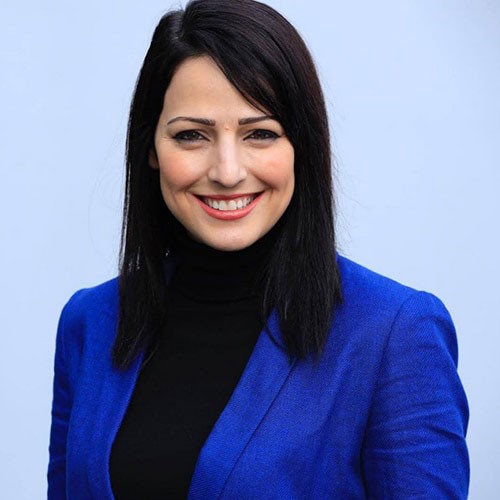 Gadeer Kamal-Mreeh will share her experience growing up in the Druze village of Daliyat al-Carmel and ascending to become the first Druze woman elected to the Knesset. Her 25–30 minute presentation will be followed by Q&A. This event is co-sponsored by Temple Beth El's Kesher Israel Committee and the Jewish Federation of Madison.

About Gadeer Kamal-Mreeh
Gadeer Kamal-Mreeh is the Jewish Agency’s first Druze emissary to the United States, based in Washington, DC. Previously, she was elected to the Knesset as a member of the Blue and White party, making history as the first Druze woman to become a member of the Knesset. During her tenure, she chaired the Caucus for Planning, Zoning and Industrial Areas and the Caucus for the Advancement of Druze Women and was a member of several committees. Kamal-Mreeh began working for the Israeli Broadcasting Corporation in 2011, where she hosted a program in Arabic that focused on social and cultural issues concerning Arab youth in Israel. She was selected to host the Israeli Broadcasting Corporation’s daily newscast in Arabic, and in 2017, she began anchoring its main Hebrew Saturday evening newscast, becoming the first non-Jewish anchorwoman in Israel to broadcast the evening news in Hebrew. Kamal-Mreeh holds a degree with honors from Bar-Ilan University in medical imaging and social sciences and a master’s degree with honors in international relations from Haifa University, specializing in negotiations and international relations decision-making. She is married to Shadi and has two children, Tom and Liam.