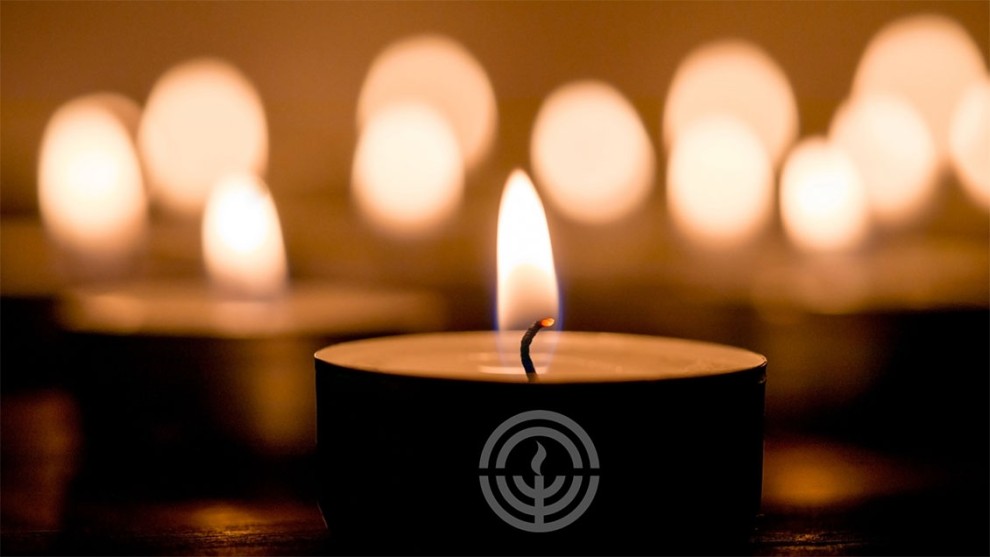 One of my earliest Jewish memories is of me, dressed in a pink seersucker skirt and white top, lighting one of the six memorial candles at our local community's Yom HaShoah observance in Cincinnati, Ohio. I was probably about eight years old. I also remember it because someone took a picture of me, and it appeared in The American Israelite, our community's Jewish paper.

As a child, I was acutely aware that I was a first-generation American on my mother's side. My mother was born in a labor camp in Siberia. Her parents had married in secrecy on December 31, 1939, in Brest, Poland, to which they had fled as Hitler's armies invaded Poland. They were apprehended by the Russian army and deported by cattle car to a slave labor logging camp in Siberia, where my mother was later born.

I grew up with the Holocaust. It was in my genes and was just as much a part of my Jewish identity as was lighting Shabbat candles and studying my Torah portion as I became a Bat Mitzvah. I also attended our community's Yom HaShoah observance each year, even as a young child.

Today's parents often shield their children from the Shoah. The descriptions, even the concept itself of so much murder, are shocking and upsetting for young children and should be avoided until they are older. But it must be taught. As children grow into maturity, they must learn that not so long ago, a terrible thing happened to us because we were Jews.

In Wisconsin, we are currently fighting in the state legislature for all children, when they reach middle school, to learn about the Holocaust in their public school classrooms. I assert that our children should also be learning about it in their Jewish community. Our community observance of Yom HaShoah is a time for young and old to come together, to reflect, to mourn, to observe, and to wonder at it all. This year I encourage families to bring their middle and high school children to join in the observance as a family, as a Jewish community.

The years are marching on. Survivors of the Holocaust and refugees who escaped the Nazis are older, and many have died. Now more than ever, it is our responsibility to hear their stories and acknowledge the darkness and hatred of the Nazi regime that nearly decimated Jewish life in Europe. Antisemitism has risen continuously in these recent years, and hate speech and acts that we never dreamed of. Youth in Wisconsin making the heil Hitler salute, people wearing t-shirts with Camp Auschwitz symbols as they storm the U.S. Capitol, and many other hateful actions are becoming more and more common. It is as important as it ever was to pause in our year, just five days after the joyous holiday of Passover ends, and come together as a community to observe and remember the Holocaust. We must once again consider how our fate is tied up in each other's humanity, and how we can each take personal responsibility to look out for our fellow human beings. In the late 1940s after WWII, Lutheran Pastor Martin Neimoller reflected on his own and other's cowardice as they watched the Nazis rise to power and said these words:

Our observance will be on Zoom this year, this Wednesday, April 7 at 7 pm. And yet even separated, in our own homes, we can come together to remember this dark period in our history and also acknowledge our g'vurah, the strength of the Jewish people in our determination to survive and thrive in the world as Jews in every generation. I hope to see you there.

Andrea Steinberger is a rabbi at the Hillel at the University of Wisconsin, Madison, teaching, learning, questioning, and helping students create and expand their Jewish lives and practices during their college years.