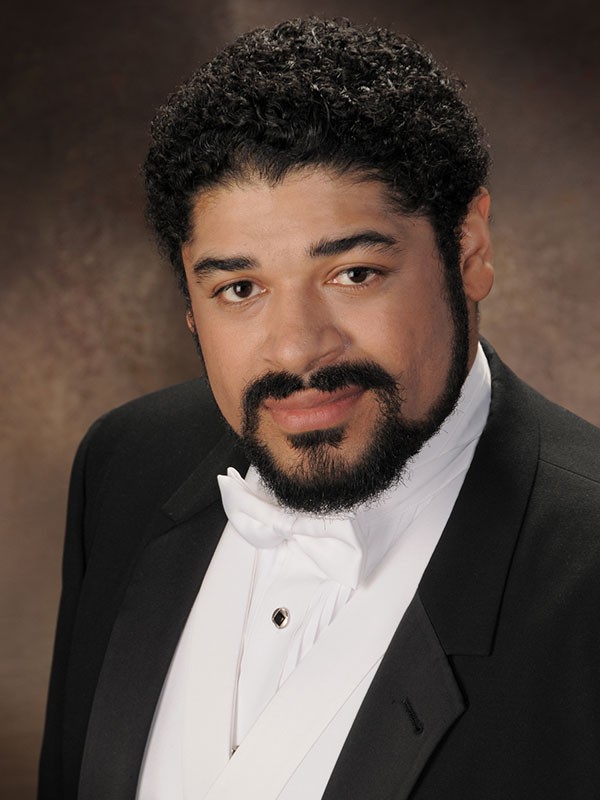 Join us for an evening of fun to kick off the 2021 Annual Tzedakah Campaign, featuring a performance by the very talented bass-baritone, Jason McKinney.

Let's celebrate our accomplishments as a community and enjoy spending some time together virtually with great entertainment and making our 2021 Annual Tzedakah Campaign pledges.

Register to Attend on Zoom >
After registering, you will immediately receive a confirmation email containing information about joining the event on Zoom. If you registered prior to September 30 an email was sent on September 30, with the Zoom link. Please check your junk folder if you do not see an email with the Zoom link in your inbox.

Jason will share some of his favorite Jewish and secular songs (sung in English, Hebrew, Yiddish, German, Italian, and more) in a musical and educational performance chronicling the story of how an aspiring African American Ashkenazic Jewish opera singer from Wisconsin found his way to the Southern states and became a cantor embracing the rich history of his Judaism through music and religion. From Klezmer and Yiddish songs to Classical and Contemporary, Jason Schachter McKinney sings songs such as "I Got Plenty of Nuttin" from “Porgy and Bess” by the Jewish composer George Gershwin, to a medley of "I'm Just a Poor Wayfaring Stranger" with Hatikvah. Jason brings his unique story of creating one’s own path while educating and enriching Jewish communities around the world.

This event is free and open to the community. Attending the kickoff event implies a commitment to contribute to the 2021 Annual Tzedakah Campaign.

About Jason McKinney
Originally from Milwaukee WI, USA, Mr. McKinney graduated from the University of North Carolina School of the Arts, where he studied voice with soprano Marilyn Taylor and tenor Glenn Siebert, conducting with Maestro James Allbritten, composing with Kenneth Frazelle, and clarinet with Robert Listokin. While in school, Mr. McKinney was the recipient of the Helen Odom scholarship, the Music Dean’s Talent Scholarship, and the Chancellor’s Grant for Excellence. Jason was the winner of the Civic Music Association of Milwaukee’s Harold Levin scholarship competition and was awarded the Judges Choice award at the Metropolitan Opera’s district competition. Jason won that competition in the South Carolina District and continued on to place second in the Southeastern Regional Finals. Jason has had the opportunity to premiere new works by Kenneth Frazelle, Shelley Olson, Daniel Sonnenberg, Chandler Carter, and Lawrence Dillon. Jason has gone on to perform at such prestigious venues as The Kennedy Center, The White House, The Semper Opera House in Dresden Germany, The Hamburgische Staatsoper, The Festspielhaus in Baden-Baden, Germany, Opera Kommische in Berlin Germany, Teatro Massimo Bellini in Catania, Sicily, and The Theatre Carre in Amsterdam Netherlands.

As a young person, Jason was educated in Judaica at the Hillel Academy in Fox Point, WI. There he was first introduced to Jewish music, and that exposure influenced his love of music spurring him to learn a musical instrument. As a member of a Boy Scout Explorer post, Jason learned to play the Albert System clarinet in the New Orleans style and eventually was invited to play with the prestigious Preservation Hall Jazz Band in the French quarter. On the stage, Mr. McKinney has performed with numerous opera companies in the US and in Europe. Some of his favorite roles are the title roles in Don Giovanni, and Le Nozze di Figaro and in Gershwin’s Porgy and Bess. Other roles include Colline in La Boheme, Olin Blitch in Sussanah, Dr. Grenville in La Traviata, and Ashby in Fanciulla del West. Mr. McKinney is well known as a quick study and has been called upon to be a last-minute replacement on many occasions, sometimes being required to perform with as little as eight hours notice of a role he did not know before.

As a concert soloist, Mr. McKinney has been featured with the North Carolina Symphony, the Eugene Symphony and has performed to critical acclaim in Europe, Mexico the U.S. Israel and Australia. Mr. McKinney has over 15 years as a cantorial soloist in Spartanburg, SC, Easton MD, and currently at Temple Emanuel Winston-Salem NC. He is also a frequent guest Soloist with several synagogues worldwide. Mr. McKinney composes Jewish liturgical music which he shares with Jewish communities throughout the US. Mr. McKinney is a choir section leader at Centenary United Methodist Church in Winston Salem NC. As an Actor, Mr. McKinney has sung and portrayed “Paul Robeson” by Phillip Hayes Dean, McKinney’s own original recital “Moments with Paul”, and studied the opera Paul Robeson by Adolphus Hailstork. Other historical figures that he has portrayed include Malcolm X, John P. Parker, and an original work titled “Frederick-a Musical Narrative” commissioned by the Brookletts place senior center, Easton, MD, and the Frederick Douglass Honor Society